As Planet X, known by many names including Nibiru, moves through our solar system, its powerful gravitation pull gathers a vast entourage – an immense, wafting, charged tail composed of a fine, iron-oxide red dust and space stragglers like gases, stones, boulders, and moons. 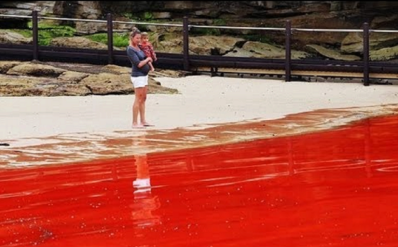 When Planet X travels through outer space, this debris tail meets with almost no resistance, but now it is inner space, traveling close to Earth.

How is this affecting Earth?

With the exception of Planet X (Nibiru)’s moons, just about everything in its massive debris tail will be sweeping through Earth’s atmosphere.

Some countdown signs to the pole shift include:

Why aren’t these indicators reported in the mainstream media?  Well, don’t hold you breath because most likely the only explanation you will get is silence. And, if they are reported, it will only be to explain them away as either normal or nonsense.

“No need to worry” say the powers-that-be  “Don’t believe what you see see with your own eyes. It’s not real. It’s not happening. Trust us. Believe us, we have your best interests at heart. And besides, “our experts” say there is nothing to worry about.”

The harbingers of what is to come are everywhere now, for those with ears to hear and eyes to see. So, what will you believe . . . the flimsy excuses being doled out by the so-called powers that be, or will you believe your lying eyes?

As always, the choice is yours.